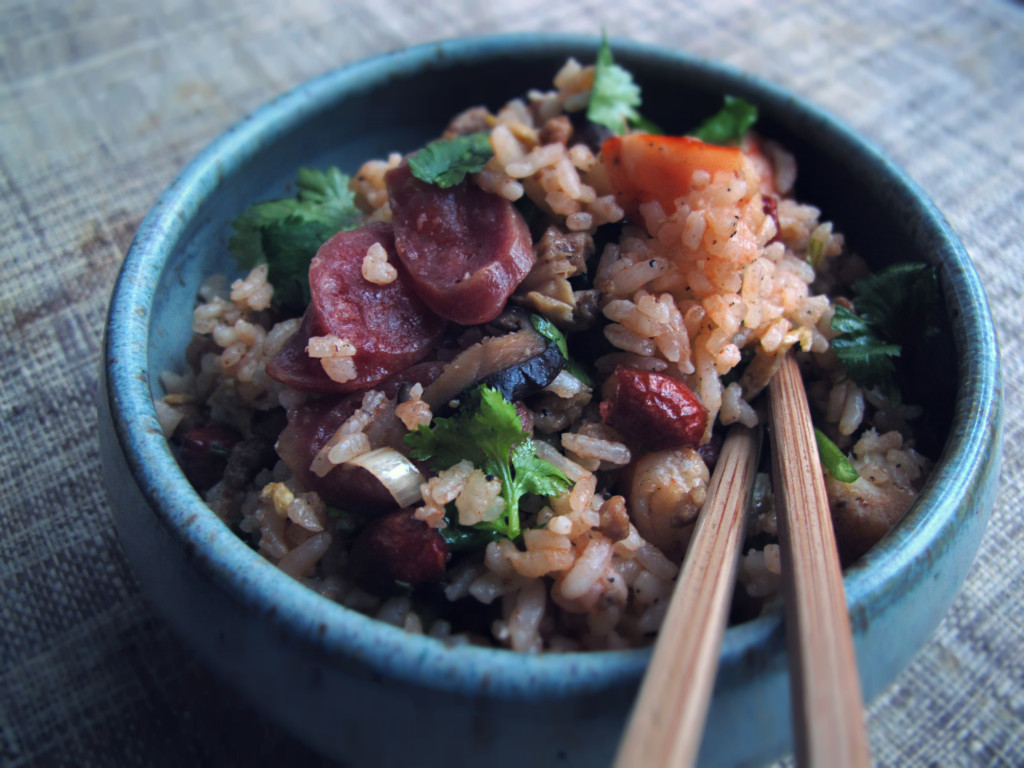 Up until this weekend, I always thought that fried rice was one of those dishes where you chop up some vegetables and throw in a whole bunch of leftovers. I guess pasta can be like that too, a compilation of random things found in your fridge but obviously we all know there’s the fancy pasta that takes hours to make. Apparently fried rice falls into that same category. It too can be fancy! And who knew that there could be so much time and effort that went into making fried rice? I will never underestimate fried rice again. This is fried rice is a dish from the Canton province of China.

This is a traditional family recipe that Jesper and his whole family holds near and dear to his/ their heart. This is his great grandmother’s recipe that was passed on from one generation to the next. According to him this particular dish was made only for special occasions such as family gatherings and Chinese festivals so I’m especially grateful that Jesper chose to share this recipe with us!

1/2 lb of shredded or ground pork

1 cup of dried Chinese mushrooms, rinsed and soaked in water for an hour

1 cup of fried peanuts (recipe below)

In a wok, add 1 cup of raw peanuts and 1 cup of vegetable oil and slowly fry peanuts on low/medium heat. Continue frying for about 15 to 20 minutes stirring consistently so that the peanuts don’t burn. Drain oil and allow peanuts to cool on a paper towel for 15 minutes. Season with a generous amount of salt.

Add rice mixture to the wok and stir on low heat. Turn off heat and stir in fried peanuts, cilantro and scallion.